Characters in literary works have an important role, because they become the main focus in the storyline. Characters can be observed about their personalities, one of which is about personality dynamics; which includes the processes that occur and result in changes in the character’s personality. The purpose of this study is to determine the personality dynamics from the character Sasaki Miyo in the anime Nakitai Watashi wa Neko wo Kaburu. The benefit of this research is to add references to the dynamics of Miyo’s personality in this anime. The research method used is qualitative with a literary psychology approach. Data collection was carried out by using the note-taking technique. The data found were analyzed using Sigmund Freud’s theory of personality dynamic. Three important elements that influence the dynamics of a person’s personality are instinct, anxiety, and defense mechanisms. After being analyzed, the character Sasaki Miyo is known to experience personality dynamics by experiencing these three elements. At the beginning of the story, Miyo is told to have a closed nature with those closest to her. After being trapped in the form of a cat and successfully carrying out a compensation-type defense mechanism, Miyo’s desire to survive is getting stronger, so she tries to snatch her human form from the figure of the mask seller. After successfully seizing her human form, Miyo experiences moral anxiety that makes her realize what she has done so far that she doesn’t want to open up with her family. Miyo also tries to fix this and wants to be more open with her family and closest people. Miyo realized that turning into a cat and running away from her problems would not solve the problem. 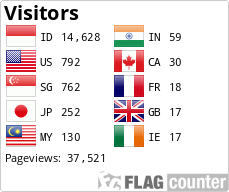